JavaScript Growing Pains: From 0 to 13,000 Dependencies 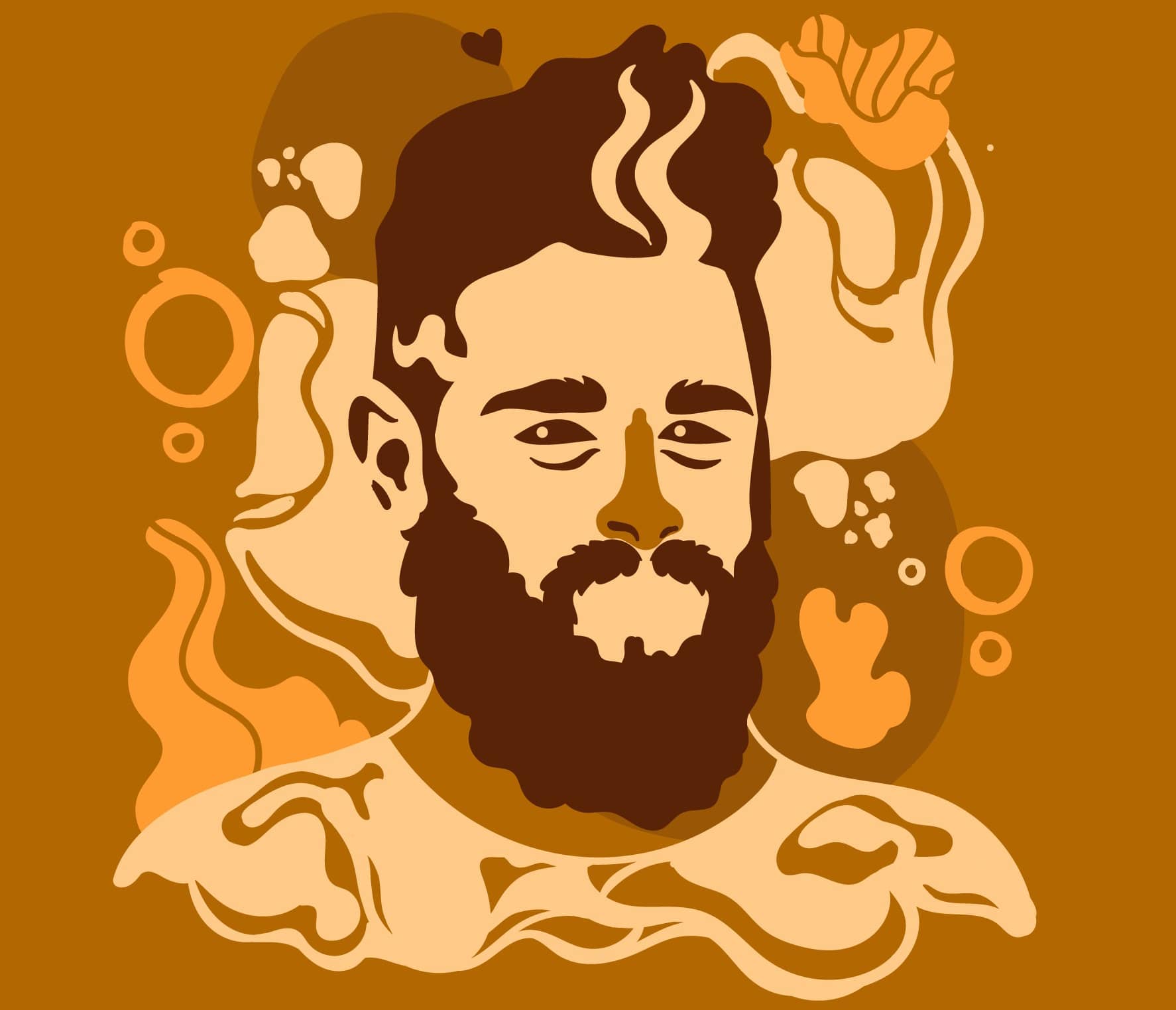 Keep in mind that this blog post is related to the Ride Down The JavaScript Dependency Hell blog post that was released a while back. We’ll show a “real-world” example of how a project’s dependencies can grow from zero to 13K.

👋 As you’re exploring JavaScript growing pains, you might want to explore AppSignal APM for Node.js as well. We provide you with out-of-the-box support for Node.js Core, Express, Next.js, Apollo Server, node-postgres and node-redis.

Building a TODO in HTML and JavaScript

To best illustrate the growing pains, we are going to create a simple application that keeps track of things we need to do. This is how it’s going to look like: 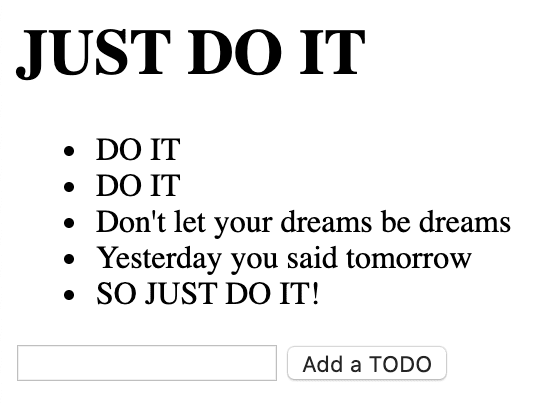 Pretty simple at this point—we don’t want to get wild and fancy at this moment. You can take a look at the code on just-do-it GitHub repo.

Right now, the only dependency this app needs is a browser that can open HTML pages. We can accomplish this with pretty much every browser out there.

Let’s see where we are with the number of dependencies at this point. We will create a table with four columns:

The project still doesn’t have a package.json, so we are still not part of that sweet NPM package ecosystem. This is useful if you don’t want to complicate things. But right now, we are not here for simple solutions. We want to simulate how you can go from zero to a bunch of dependencies fast!

So, as any project with front-end out there, we don’t want plain JS. We want to be cool and use React!

Adding React to Our Project

The React craze is in full swing right now. It may not even reach its peak in 2020. Now is the perfect time to ditch that old plain (Vanilla) JavaScript we’ve been using in our project and switch to what the cool kids are using these days—the almighty React.

We are going to follow the ‘Add React to a Website’ instructions from the official React website. What this means is that we’ll add a script tag element in our HTML:

But, since we want to use JSX, we are going to get a taste of NPM’s ecosystem hands-on. To use JSX, we have to install Babel. Babel will compile our JSX file to JS so our browser can render it effortlessly.

First, we need package.json. We can add it with the following command:

The previous command will set up package.json and make our project ready for the installation of Babel:

Wow, so we explicitly installed two packages—babel-cli and babel-preset-react-app, but these brought in more dependencies of their own. If you’re new to this idea, you might find it strange. I suggest you read the previous blog post on how JavaScript dependencies work.

Installing these two packages gets us from 0 NPM dependencies up to 2 direct and 3620 inherited dependencies.

Great, now we can use JSX while running Babel in the background to watch for our changes:

Check out how the repo looks after the changes.

Babel will pre-process our JSX files into JS files. But this sounds a bit sketchy. I don’t want to have React load in a script tag. I want a full developer experience, similar to create-react-app.

For this, we’ll have to add a bit more of Babel and a bundler—Webpack.

To get this right, we will follow the recommended way of setting up React in a project from scratch.

Let’s remove the old Babel dependencies that we used:

babel-core is the main Babel package—it is needed for Babel to do transformations on our code. babel-cli allows you to compile files from the command line. preset-react and preset-env are both presets that transform specific flavors of code—in this case, the env preset allows us to transform ES6+ into more traditional JS and the React preset does the same, but with JSX instead.

Now that we got that out of the way, we have a total of 4216 dependencies based on the npm audit report.

After this, we need Webpack to bundle everything for us nicely. Also, we will set up a server that will watch for any changes we make to our app in development.

We can install the necessary dependencies with:

The total number might seem scary and make you wonder what is going on, but this is how the NPM ecosystem works, heck, this is how a lot of package managers work. Most of the dependencies are one-liners and should not be something to worry us. Sometimes, they might be, but we will get to that later.

For example, if we run npm audit at this point, we will get this:

Remember, so far we’ve only added devDependencies. All of these are not going to end up in our production bundle, so nothing to worry about, right? Let’s continue and find out.

We now need to add React, since we don’t want to have script tags in the header to fetch it.

Let’s move React from the head straight into package.json:

Now, this is different. We only got 22 extra dependencies from installing react and react-dom. If we run npm audit for production, we’ll get this:

The audit output means that a total of 22 packages will end up in our production bundle—the code that we will serve to folks visiting our TODO list application. That doesn’t sound so bad compared to the staggering total of 13506 dependencies we have in our development environment.

After we installed all of these dependencies and reworked our code to use Webpack and Babel, our application is still working:

BTW, you can view all the code we added in the repo on GitHub. We did not go into details of how we created React components and set up Webpack. We focused more on the dependencies and what their numbers mean. If you’re interested in technical details of how the TODO list is working, please visit the repo mentioned above.

Should You Be Worried About So Many Dependencies?

Yes and no. There’s always risk out there. Let’s go through 2 recent cases of dependency problems that the community encountered.

Slipping Malicious Code Into a Library

A while ago, there was a situation with a widely used NPM package—event-stream. Someone injected malicious code into the popular package aiming to get cryptocurrency information from its users. The package did not get hacked. Just the opposite, the attacker was a maintainer that had write access given by the package’s creator. If you’re interested in the conversation, check out the GitHub issue about it. There is also the NPM blog post about it.

More recently, another massively used is-promise package broke the whole JS ecosystem. The package itself consists of 2 lines of source code. It serves to check whether a JS object is a Promise. The library is used by 3.4 million projects, based on GitHub’s reports. Yes, you read that right—three point four million projects.

The recent 2.2.0 update broke everyone’s build process because the project didn’t adhere to ES module standards. Stuff like that happens. It’s not the first time it happened, and it surely will not be the last. If you want to read more about this, there’s a post mortem about it.

“Trust, but Verify” What You Install

You should know what you’re putting inside your project. You should adopt the “trust, but verify” mentality. There’s no guarantee that situations that happened to event-stream or is-promise won’t happen in the future to some other dependency. You should not get discouraged from using or contributing to open-source projects, though. This incident got discovered because of just that—group effort. Just be mindful of what you put inside of package.json so you can act properly when tough times come.

On the other hand, you can’t be aware of every single dependency. Imagine knowing what happens with all the 13k dependencies that we installed—you would probably go insane. Luckily, there are tools out there like GitHub security alerts and GitHub’s whole security initiative.

In the end, there’s not much you can do except be aware of what you add to your project. Make sure to:

I hope this blog post added even more insight into what is going on when you add dependencies to your JavaScript project. I also hope it raised some awareness for open-source security and that it will make you more careful when running that npm install command.

P.P.S. If you’d love an all-in-one APM for Node or you’re already familiar with AppSignal, go and check out AppSignal application monitoring for Node.js.