Changing the Approach to Debugging in Ruby with TracePoint 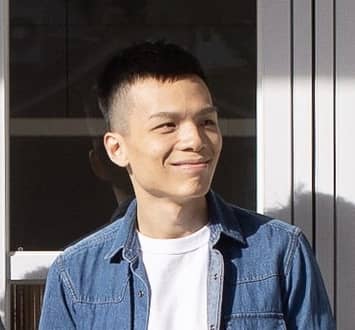 Ruby has always been known for the productivity it brings to its developers. Alongside features such as elegant syntax, rich meta-programming support, etc. that make you productive when writing code, it also has another secret weapon called TracePoint that can help you “debug” faster.

In this post, I’ll use a simple example to show you 2 interesting facts I found out about debugging:

Then, I’ll show you how TracePoint could change the way we approach debugging by making the program “tell us” what it’s doing.

Debugging Is about Understanding Your Program and Its Design

Let’s assume we have a Ruby program called plus_1 and it’s not functioning correctly. How do we debug this?

Ideally, we should be able to address the bug in 3 steps:

Learning the Expectations from the Design

What’s the expected behavior here? plus_1 should add 1 to its argument, which is our input from the command line. But how do we “know” this?

In a real-world case, we can understand the expectations by reading test cases, documents, mockups, asking other people for feedback, etc. Our understanding depends on how the program is “designed”.

This step is the most crucial part of our debugging process. If you don’t understand how the program should work, you’ll never be able to debug it.

However, there are many factors that can be part of this step, such as team coordination, development workflow, etc. TracePoint won’t be able to help you with those, so we won’t dwell on these problems today.

Once we’ve understood the expected behavior of the program, we need to learn how it functions at the moment.

In most cases, we need the following information to fully understand how a program works:

Let’s describe our example with the above information:

The description isn’t 100% accurate, but it’s enough for a simple explanation.

Now that we’ve learned how our program should work and how it actually works, we can start looking for the bug. With the information we have, we can search for the bug by following the method calls upward (start from step 10) or downward (start from step 1). In this case, we can do it by tracing back to the method that returned 3 in the first place⁠—which is the 1 + 2 in step 6.

This Is Far from Reality!

Of course, we all know that real debugging isn’t as simple as the example makes it out to be. The critical difference between real-life programs and our example is the size. We used 10 steps to explain a 5-line program. How many steps would we need for a small Rails app? It’s basically impossible to break down a real program as detailed as we did for the example. Without a detailed understanding of your program, you won’t be able to track down the bug through an obvious path, so you’ll need to make assumptions or guesses.

As you can see, we only get 2 types of information here: values of some variables and the evaluation order of our puts (which implies the program’s execution order).

How much does this information cost us?

Not only do we need to add 4 puts into the code, but, in order to print values separately, we also need to split our logic in order to access the intermediate states of some values. In this case, we got 4 additional outputs for the internal states with 8 lines of changes. That’s 2 lines of changes for 1 line of output, on average! And since the number of changes grows linearly with the size of the program, we can compare it to an O(n) operation.

Why Is Debugging Expensive?

Our programs can be written with many goals in mind: maintainability, performance, simplicity, etc. but usually not for “Traceability”, meaning, getting the values for inspection, which usually requires a modification of the code, e.g. splitting chained method calls.

However, once the amount of information you get reaches a certain point, you won’t be able to process it efficiently. So we either need to filter the information out or label it to help us understand it.

Finally, because the work involves touching the codebase⁠—which can be very different between bugs (e.g. controller vs. model logic)⁠—it’s hard to automate it. Even if your codebase is tracing-friendly (e.g. it follows “Law of Demeter” strictly), most of the time, you’ll need to type different variable/method names manually.

(Actually, in Ruby, there are some tricks to avoid this⁠—like __method__. But let’s not complicate things here.)

However, Ruby provides us an exceptional tool that can largely reduce the cost: TracePoint. I bet most of you have already heard of it or used it before. But in my experience, not many people use this powerful tool in daily debugging practices.

Let me show you how to use it to collect information quickly. This time, we don’t need to touch any of our existing logic, we just need some code before it:

If you run the code, you’ll see:

Our code is much more readable now. Isn’t it amazing? It prints out most of the program execution with lots of details! We can even map it with my earlier execution breakdown:

We can even say it’s more detailed than what I said earlier! However, you may notice that steps 2, 4 and 6 are missing from the output. Unfortunately, they are not trackable by TracePoint for the following reasons:

As you can see from the previous example, with proper usage of TracePoint, we can almost make the program “tell us” what it’s doing. Now, because of the number of lines we need, TracePoint doesn’t grow linearly with the size of our program. I’d say the whole process becomes an O(log(n)) operation.

In this article, I’ve explained the main difficulty with debugging. Hopefully, I’ve also convinced you of how TracePoint could be a game-changer. But if you try TracePoint right now, it’ll probably frustrate you more than help you.

With the amount of information that comes from TracePoint, you’ll soon be swamped by the noise. The new challenge is to filter out the noise, leaving valuable information. For example, in most cases, we only care about specific models or service objects. In these cases, we can filter calls by the receiver’s class, like this:

Another thing to keep in mind is that the block you define for TracePoint could be evaluated tens of thousands of times. At this scale, how you implement the filtering logic can have a great impact on your app’s performance. For example, I don’t recommend this:

For these 2 problems, I’ve prepared another article to let you know of some tricks and gotchas I found with some useful boilerplates for typical Ruby/Rails applications.

And if you find this concept interesting, I also created a gem called tapping_device that hides all the implementation hassles.

Debugger and tracing are both great tools for debugging, and we have been using them for many years. But as I’ve demonstrated in this article, using them requires many manual operations during the debugging process. However, with the help of TracePoint, you can automate many of them and thus boost your debugging performance. I hope you can now add TracePoint to your debugging toolbox and give it a try.

Our guest writer Stan is a Senior Software Engineer @ticketsolve. He loves cats, Ruby on Rails and boxing. He created Goby and works on tapping_device during the weekends.