Today, we’re introducing a small but useful change to the Anomaly detection that configures which hosts the host triggers should listen to. 🎉

Do you have a stroopwafel in your hand? Yes? Then let’s dig in.

Anomaly detection allows configuration of triggers for host metrics such as CPU usage, Disk I/O, Disk usage, Load averages, Memory usage and Network usage. However, not all hosts are the same and they may require a different set of rules. For example, database servers need higher Disk usage triggers while front-end servers should look out for CPU usage spikes.

To differentiate between those types of hosts, we now allow you to configure hostnames for host triggers. This allows you to set up a rule for one or multiple hosts for every trigger. 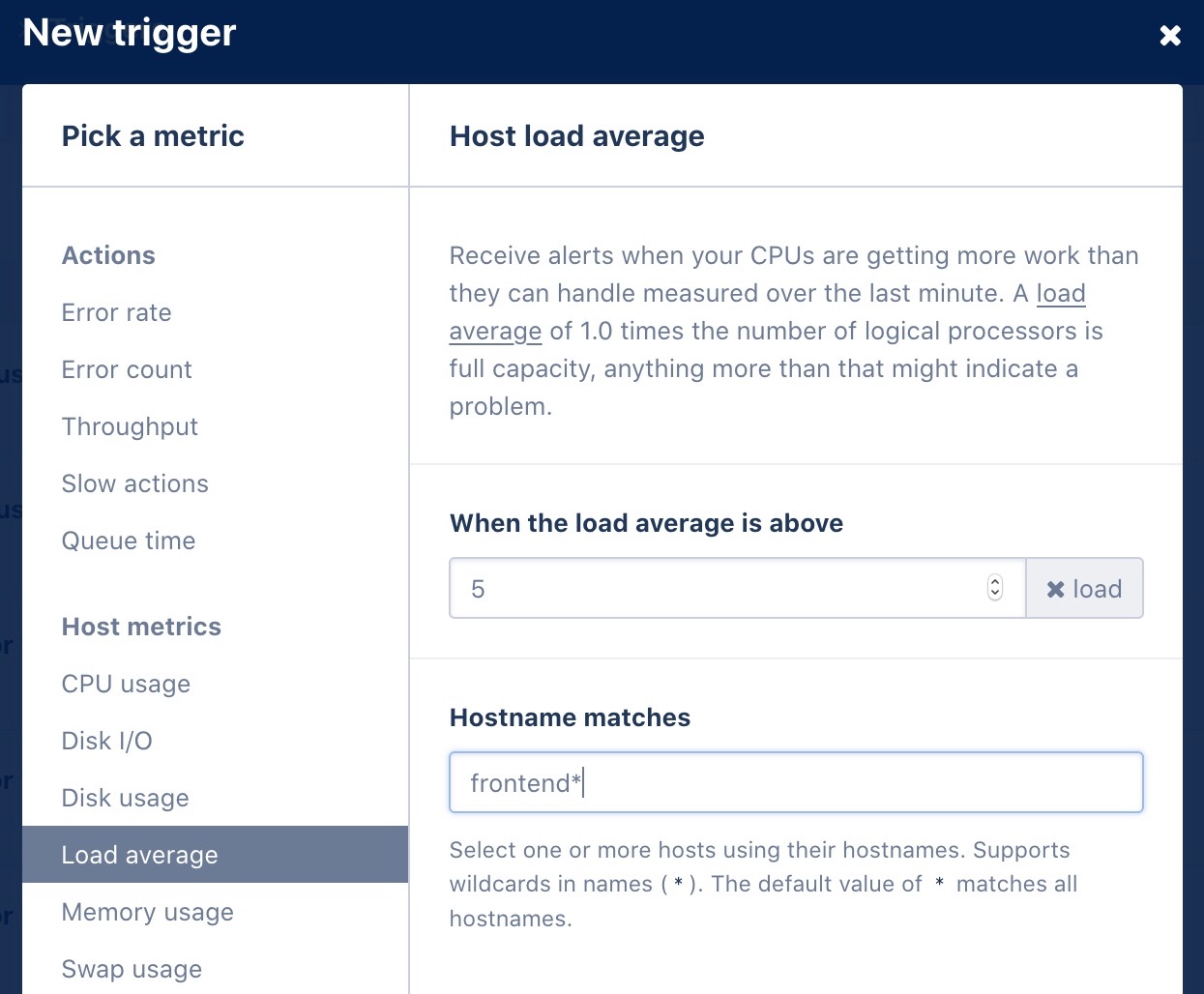 To add a hostname to a host trigger, create a new trigger or update an existing one, and enter the hostname in the “Hostname” field. Wildcards are supported here, which means you can select all hosts with a certain substring or all hosts, as before.

It’s possible to customize the reported hostnames using the hostname config option in Ruby and Elixir.

Does This Trigger You?

Unsure what host metrics triggers to set up? Follow our guide on how to set up host triggers for your app.

You aren’t an AppSignal user yet? Check out the product tour and see how errors, performance, host metrics and triggers all come together in one tool.