How Absinthe Uses Compilation Callbacks for Schema Validation in Elixir 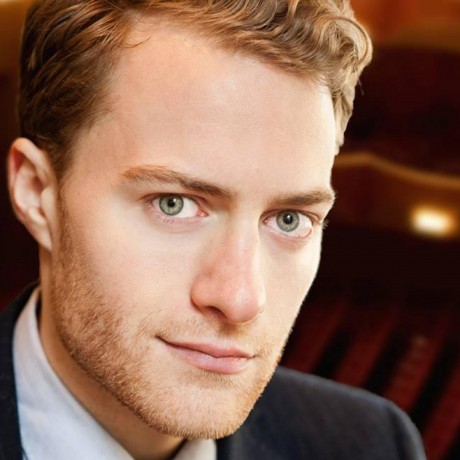 Absinthe manages to do a lot of interesting things during its compilation process, and today we’re going to look a bit at how that works. We’ll look closely at how it uses some metaprograming tricks and module attributes to provide compile-time schema validation for us.

It’s pretty amazing (to me, at least) that when we use Absinthe, we can have a really simple, easy-to-use API to define our schema and we still get a good amount of compile-time type checking out of it! For example, if we try and use a type that hasn’t yet been defined, we’ll see an error like this in our terminal when we try and compile our application:

The fact that this happens is cool on its own, but how they manage to do this is what I think is really cool. It takes a lot of really tricky (but interesting) usage of modules and module attributes to make it work, and that’s what we’ll be covering today. But before we can get to the actual type checking, we need to take a quick look at how one defines a schema with Absinthe, and then how that schema is compiled to create those modules and module attributes using Elixir compilation callbacks.

Defining a Schema with Absinthe

To define our GraphQL schema using Absinthe, we need to write a single module in which that schema is declared, and in that module we need to use Absinthe.Schema. If your schema is small enough then doing that in one file is easy enough:

To do that with our schema above we might end up doing something like what is below, with each set of types defined in its own module, each of which calls use Absinthe.Schema.Notation. We can imagine that each module is defined in its own file, although they technically don’t need to be:

But how does Absinthe know that when we’re referencing the :post type in the definition of our :user type, the :post is a valid type to use? Well, that’s where the fun stuff come in!

These two callbacks give us the opportunity to set up some things that might be needed for compilation in our before_compile callback, and then some checking of things that have just been compiled in our after_compile callback. That’s exactly how Absinthe uses those two features for its schema compilation and schema validation.

How Absinthe Does Schema Validation at Compile Time

At first the code in that function might be tricky to understand, but the most important part of understanding what’s going on there is looking at the definition of the __absinthe_blueprint__/0 function. We can see that we’re defining a function that returns a map, and that map contains a lot of information about the state of things before the current schema fragment was compiled. This __absinthe_blueprint__/0 function will be really important in the final compilation step that we’ll look at in a bit.

One other really intersting thing about this code this is important to notice is how many calls to Module.get_attribute/2 there are! This is one of the things that Absinthe leans on heavily for this compilation process - the use of modules and module attributes as essentially defining global variables that can be accessed by other modules during their compilation! There are a lot of calls to Module.get_attribute/2 and Module.put_attribute/3 in this module, and recognizing this pattern helps us put the rest of the process into context.

The other thing happening here is that we’re defining a lot of functions in a dynamically named module! These functions contain yet more information, and we can see a bit more of how this is used in the __before_compile__/1 function defined in Absinthe.Schema:

And now that all that work has been done during the compilation process, we can look at the __after_compile__/2 callback defined in Absinthe.Schema:

This is where all that information and all that metaprogramming is actually used for some helpful user features! In short, that callback will use all of the information that’s been stored in various module attributes and exposed by defining all of those different functions in all of those .Compiled modules to build up something that Absinthe calls a blueprint. This blueprint is again what it sounds like - it contains the information for how documents will later by evaluated against the current GraphQL schema during resolution. It then evaluates this blueprint, and if there are any errors returned from that evaluation they’re raised at the end of the compilation process!

Clearly this is kind of a compilcated process, but it’s also a cool way to use some of the basic features of the Elixir compiler to deliver value to users. Exploring this process helped me learn a lot about this method of compilation of applications, but it also made it clear to me that the Absinthe team has put a great deal of time and effort into making this user experience really great, and for that I’m very thankful!

Guest author Devon is a senior Elixir engineer currently working at Sketch. He is also a writer, international conference speaker, and committed supporter of open-source software as a maintainer of Benchee and the Elixir track on Exercism, as well as a frequent contributor to Elixir.