Using Mnesia in an Elixir Application 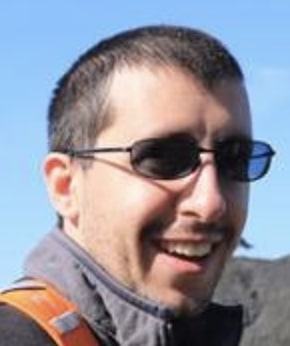 In today’s post, we’ll learn about Mnesia, see when you would use such a tool, and take a look at some of the pros and cons of using it. After covering the fundamentals of Mnesia, we’ll dive right into a sample application where we’ll build an Elixir application that uses Mnesia as its database. Let’s jump right in!

At a high level, Mnesia is a Database Management System (DBMS) that is baked into OTP. Thus, if you are using Elixir or Erlang, you have the ability to leverage Mnesia out-of-the-box. No additional dependencies need to be installed and no separate systems need to be running. Before considering migrating everything from your existing database to Mnesia, let’s discuss what Mnesia was designed for and what problems it aims to solve.

Mnesia was largely designed to solve the problems that existed in the telecommunications problem space. Specifically, some of the following requirements needed to be fulfilled (check out this research paper for more details):

In a typical DBMS, your application would need to either make a network call to a separate machine where the database is running, or it would have to connect to the database process that is running on the same machine. Either way, the data that is contained within that database resides in an entirely separate memory space than the application, and therefore, there is an inescapable amount of latency overhead.

On the other hand, Mnesia runs within the same memory space as the application. As a result of being baked into the language and runtime, you are able to fetch data out of Mnesia at soft real-time speeds. In other words, your application and database are running side-by-side and there is little to no communication overhead between the two.

Another important thing to note is that Mnesia stores all of the Erlang data types natively, and so there is no need to marshall/unmarshall data when you read/write to Mnesia (marshalling is the process of converting data from one format to another for the purposes of storing it or transmitting it).

A primary requirement of telecommunications systems is that they must be running nonstop. Downtime means missed or dropped calls. Mnesia addresses this by allowing tables to be replicated across the various nodes in the cluster.

When running within a transaction, the data that needs to be committed must be written to all the configured table replicas. If nodes are unavailable during a write, the transaction will update the available node replicas and will update the unavailable node replicas when they come back online. Through this replication mechanism, Mnesia is able to provide a high level of fault tolerance.

Mnesia and the CAP Theorem

Given that Mnesia will propagate transaction commits across all table replicas and does not support any kind of eventual consistency, it is more of a CP style database. In the case of a network partition where the separate partitions are both handling requests, the application will need to deal with reconciliation of the data.

When To Use Mnesia Over PostgreSQL or Other Database

Like many things in Software Engineering and Systems Design, it’s all about making the correct trade-offs. Whether Mnesia is right or not for your application largely depends on its requirements. Personally, I have used Mnesia in production primarily to support some soft real-time use cases with very good results.

The data that was stored in Mnesia was needed only for the duration of the user’s session and would then get cleared after the user’s interaction with the system ceased. Thus, there wasn’t a lot of pressure on system resources (RAM specifically, as the tables need to fit into RAM), as the size of the tables would reflect the number of users actively using the system. For situations where you need to store a large amount of data and you do not require soft real-time response times, a traditional DBMS such as MySQL or Postgres may be a better choice.

For situations where you see yourself reaching for Redis or Memcached, you may want to consider looking into Mnesia, given that it fills a similar need and is built into OTP. For more information regarding this topic, I would suggest looking at Mnesia docs.

After creating the Elixir project, open up the mix.exs file and make sure that your deps/0 function looks like the following:

After that has been done, you can run mix deps.get to fetch the amnesia dependency. Next, we’ll want to create a module that defines all the table schemas in our Mnesia database. For our sample application, we will only have one table defined for bank accounts. To do this, add the following content to lib/database.ex

Our database contains only the Account table and specifies that it has 3 fields along with an auto-incrementing id field. With the database definition in place, let’s go back to our terminal and run the following command:

After executing that command, you will notice that a new directory (Mnesia.nonode@nohost) has been created for us at the root of our project. This directory contains all the disk persisted data so that our data can be maintained across application restarts. To delete all of the persisted database data, you can either rm -rf Mnesia.nonode@nohost or run mix amnesia.drop -d Database --schema.

With that in place, it’s time to work on some of our business logic. Let’s create a file at lib/fort_knox/accounts.ex and start off by creating functions that will create a new account and fetch existing accounts:

Our module begins with a few require statements to pull in Amnesia functionality. We can then leverage Account as a struct to conveniently interact with the Account table in Mnesia. To create a new Account entry in the table, we create the struct and call Account.write() within a transaction. If you do not want to perform your database actions within a transaction, you can also leverage the dirty read/write API calls, but that is not recommended. When looking up existing accounts by their id, we once again leverage a transaction and match on an Account struct if an account was found. Let’s go ahead and add the remainder of our functionality in lib/fort_knox/accounts.ex:

The withdraw_funds/2, deposit_funds/2 and transfer_funds/3 functions should be relatively straight forward as they are a mixture of reads and writes to update accounts within a transaction. The get_low_balance_accounts/1 will probably seem new as we have a where clause to query our database records. The Exquisite library (which Amnesia depends on) provides the ability to generate Mnesia Match Specifications which are used to perform custom queries [5].

With all that in place, let’s take this all for a test drive. We’ll first seed our database with some initial accounts and then transfer some funds between the accounts. Open up an IEx session via iex -S mix and type the following:

After running all of these commands, feel free to quit from IEx via Ctrl+C and go back to using iex -S mix. If you run Database.Account.count(), you’ll see that we get a value of 3 since our data persisted across IEx sessions and was not destroyed.

Thanks for sticking with me to the end and hopefully you learned a thing or two about Mnesia and how to go about using it within an Elixir application. Regardless of whether you decide to use Mnesia in a production context or not, I would highly suggest at least experimenting with it so as to better appreciate the amazing things that you get out-of-the-box with OTP.