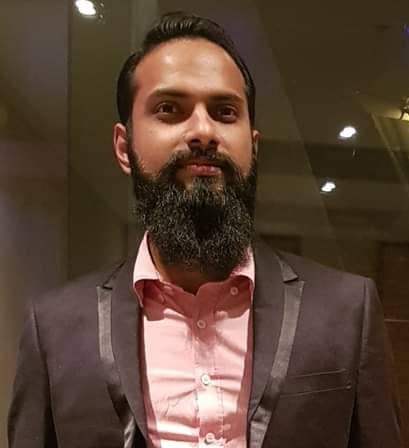 Memory leaks are something every developer has to eventually face. They are common in most languages, even if the language automatically manages memory for you. Memory leaks can result in problems such as application slowdowns, crashes, high latency, and so on.

In this blog post, we will look at what memory leaks are and how you can avoid them in your NodeJS application. Though this is more focused on NodeJS, it should generally apply to JavaScript and TypeScript as well. Avoiding memory leaks helps your application use resources efficiently and it also has performance benefits.

On the subject of memory leaks in Node.js, you might want to explore AppSignal application monitoring for Node.js as well. Since release 1.2.0 it ships with a dashboard that shows the size of your heap, and the currently active top-level contexts. No instrumentation needed.

Let’s do a short recap from the above-mentioned post:

Memory is mainly categorized into Stack and Heap memory.

V8 manages the heap memory through garbage collection. In simple terms, it frees the memory used by orphan objects, i.e, objects that are no longer referenced from the Stack, directly or indirectly (via a reference in another object), to make space for new object creation.

The garbage collector in V8 is responsible for reclaiming unused memory for reuse by the V8 process. V8 garbage collectors are generational (Objects in Heap are grouped by their age and cleared at different stages). There are two stages and three different algorithms used for garbage collection by V8.

What Are Memory Leaks

What Causes Memory Leaks in JS

Automatic memory management like garbage collection in V8 aims to avoid such memory leaks, for example, circular references are no longer a concern, but could still happen due to unwanted references in the Heap and could be caused by different reasons. Some of the most common reasons are described below.

Now that we understand what causes memory leaks, let’s see how to avoid them and the best practices to use to ensure efficient memory use.

Reduce Use of Global Variables

Since global variables are never garbage collected, it’s best to ensure you don’t overuse them. Below are some ways to ensure that.

When you assign a value to an undeclared variable, JavaScript automatically hoists it as a global variable in default mode. This could be the result of a typo and could lead to a memory leak. Another way could be when assigning a variable to this, which is still a holy grail in JavaScript.

To avoid such surprises, always write JavaScript in strict mode using the 'use strict'; annotation at the top of your JS file. In strict mode, the above will result in an error. When you use ES modules or transpilers like TypeScript or Babel, you don’t need it as it’s automatically enabled. In recent versions of NodeJS, you can enable strict mode globally by passing the --use_strict flag when running the node command.

When you use arrow functions, you also need to be mindful not to create accidental globals, and unfortunately, strict mode will not help with this. You can use the no-invalid-this rule from ESLint to avoid such cases. If you are not using ESLint, just make sure not to assign to this from global arrow functions.

Finally, keep in mind not to bind global this to any functions using the bind or call method, as it will defeat the purpose of using strict mode and such.

In general, it’s a good practice to avoid using the global scope whenever possible and to also avoid using global variables as much as possible.

Using stack variables as much as possible helps with memory efficiency and performance as stack access is much faster than heap access. This also ensures that we don’t accidentally cause memory leaks. Of course, it’s not practical to only use static data. In real-world applications, we would have to use lots of objects and dynamic data. But we can follow some tricks to make better use of stack.

It’s not possible to avoid using heap memory in any realistic application, but we can make them more efficient by following some of these tips:

And while you are at it, make sure you monitor your heap size. Depending on the APM you use, this may need some setting up. In AppSignal APM for Node.js a heap size dashboard is set up for you automatically.

As we saw earlier, closures, timers and event handlers are other areas where memory leaks can occur. Let’s start with closures as they are the most common in JavaScript code. Look at the code below from the Meteor team. This leads to a memory leak as the longStr variable is never collected and keeps growing memory. The details are explained in this blog post.

The code above creates multiple closures, and those closures hold on to object references. The memory leak, in this case, can be fixed by nullifying originalThing at the end of the replaceThing function. Such cases can also be avoided by creating copies of the object and following the immutable approach mentioned earlier.

When it comes to timers, always remember to pass copies of objects and avoid mutations. Also, clear timers when done, using clearTimeout and clearInterval methods.

The same goes for event listeners and observers. Clear them once the job is done, don’t leave event listeners running forever, especially if they are going to hold on to any object reference from the parent scope.

Memory leaks in JavaScript are not as big of a problem as they used to be, due to the evolution of the JS engines and improvements to the language, but if we are not careful, they can still happen and will cause performance issues and even application/OS crashes. The first step in ensuring that our code doesn’t cause memory leaks in a NodeJS application is to understand how the V8 engine handles memory. The next step is to understand what causes memory leaks. Once we understand this, we can try to avoid creating those scenarios altogether. And when we do hit memory leak/performance issues, we will know what to look for. When it comes to NodeJS, some tools can help as well. Aside from AppSignal to monitor your Node.js production setup, Node-Memwatch and Node-Inspector are great for debugging memory issues.

Our guest author Deepu K Sasidharan is the co-lead of the JHipster platform. He is a polyglot developer and Cloud-Native Advocate currently working as a Developer Advocate at Adyen. He is also a published author, conference speaker, and blogger.