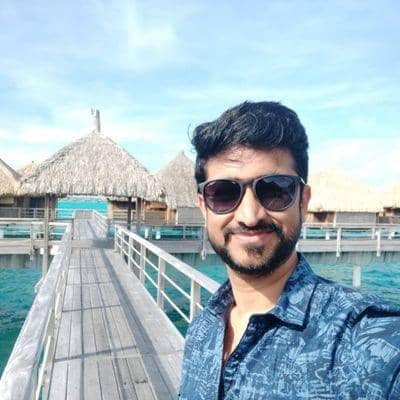 To understand the whole post, you’ll need to have a basic understanding of databases and Rails.

We can create tables, add or remove columns and add indexes on columns using the migrations.

Every Rails app has a special directory—db/migrate—where all migrations are stored.

Let’s start with a migration that creates the table events into our database.

This command generates a timestamped file 20200405103635_create_events.rb in the db/migrate directory. The contents of the file are as follows.

Let’s break down this migration file.

When this migration is run using the rails db:migrate command, it will create an events table with a category column of type string and timestamp columns created_at and updated_at.

The actual database column type will be varchar or text, depending on the database.

Importance of Migration Timestamps and the schema_migration Table

Now that we have run the migration for creating the events table, let’s see if Rails has stored a timestamp of this migration in the schema_migrations table.

If we run the migrations again, Rails will first check if an entry exists in the schema_migrations table with the timestamp of the migration file, and only execute it if there is no such entry. This ensures that we can incrementally add changes to the database over time and a migration will run only once on the database.

Rails also provides a way to store database schema in SQL format. We already have an article to compare the two formats. You can read more about it here.

Rails Version in the Migration

The Rails version was added to the migration superclass in Rails 5. This basically ensures that the migration API can evolve over time without breaking migrations generated by older versions of Rails.

Let’s look deeper into this by looking at the same migration for creating an events table in a Rails 4.2 app.

If we look at the schema of the events table generated by a Rails 6 migration, we can see that the NOT NULL constraint for the timestamps columns exist.

Along with create_table, Rails also provides another powerful method—change_table. As the name suggests, it is used to alter the schema of an existing table.

This migration will remove the category column from the events table, add a new string column events_type and a new boolean column active with the default value of false.

Rails also provides a lot of other helper methods which can be used inside a migration such as:

and many more. All the methods that can be used with change can be found here

The updated_at column is not updated when we execute the updated_all method from Rails.

Migrations are not bulletproof. They can fail. The reason might be wrong syntax or an invalid database query. Whatever the reason, we have to handle the failure and recover from it so that the database doesn’t go into an inconsistent state. Rails solves this problem by running each migration inside a transaction. If the migration fails, then the transaction is rolled back. This ensures that the database does not go into an inconsistent state.

This is only done for databases that support transactions for updating database schema. They are known as Data Definition Language(DDL) transactions. MySQL and PostgreSQL both support DDL transactions.

This will not run the migration inside a transaction. If such a migration fails, we need to recover it ourselves. In this case, we can either REINDEX or remove the index and try to add it again.

Rails allows us to rollback changes to the database with the following command.

There is also a command for rolling back the previous migration and running it. It is rails db:redo.

In this example, we are changing the price column of events from integer to string. We specify how it should be rolled back in the down method.

This same migration can also be written using the change method.

The revert method also accepts a block to revert a migration partially.

Sometimes, we want to execute complex SQL inside a migration. In such cases, we can forget the typical migration DSL and instead execute raw SQL as follows.

This configuration tells Rails that we want to use two databases—primary and analytics. As we saw earlier, the migrations are stored in the db/migrate directory by default. But in this case, we can’t add migrations of both databases inside a single directory. We don’t want to run migrations of the analytics database on the primary database and vice versa. If we are using multiple databases, we are required to provide a path for storing migrations for the second database. This can be done by providing a migrations_paths in the database.yml.

We can then create migrations for the analytics database as follows.

This will create the migration inside db/analytics_migrate, and we can run it as follows.

If we only run the rails db:migrate, it will execute migrations for all the databases.

The analytics database will have its own schema_migrations table to keep track of which migrations are run and which are not.

Since migrations can change the state of the database, and our code might depend on those changes, it is extremely important that the migrations are run first before the new code is applied.

In Heroku based deployments, migrations can be run in the release phase of the Procfile.

This ensures that the migrations are run before the app dynos are restarted.

In Capistrano based deployments, migrations should run before the server is restarted.

In docker based deployments, we can run a sidecar container to run the migrations first before the app is restarted. This is very important as otherwise, the new containers can go into an inconsistent state if they start using new code before applying the database changes for that new code.

In this post, we saw various aspects of writing a database migration in Rails. We also saw what constitutes a migration as well as how to handle failures and roll back the migrations if needed. Rails 6 allows us to use multiple databases and the migrations for each need to be added separately. Finally, we briefly saw how to run the migrations during deployment so that database changes are applied properly before any new code starts using them.

Guest author Prathamesh Sonpatki is a developer working in Ruby and Ruby on Rails. He also co-organizes RubyConfIndia and DeccanRubyConf.