Facade Pattern in Rails for Performance and Maintainability 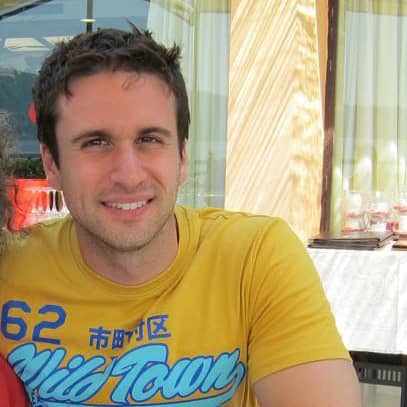 In today’s post, we will be looking into a software design pattern called Facade. When I first adopted it, it felt a little bit awkward, but the more I used it in my Rails apps, the more I started to appreciate its usefulness. More importantly, it allowed me to test my code more thoroughly, to clean out my controllers, to reduce the logic within my views and to make me think more clearly about an application’s code’s overall structure.

Being a software development pattern, facade is framework agnostic but the examples I will provide here are for Ruby on Rails. However, I encourage you to read through this article and try them out regardless of the framework you are using. I’m sure that once you become familiar with this pattern, you will start seeing opportunities to use it in many parts of your codebase.

The Problem with the MVC Pattern

The MVC (Model-View-Controller) pattern is a software development pattern that dates back to the 1970s. It’s a battle-tested solution for designing software interfaces, separating programming concerns into three main groups that communicate amongst each other in a unique way.

Many large web frameworks emerged in the early 2000s with the MVC pattern as their foundation. Spring (for Java), Django (for Python) and Ruby on Rails (for Ruby), were all forged with this trinity of interconnected elements at their core. Compared to the spaghetti-code resulting from software that did not make use of it, the MVC pattern was a huge achievement and turning point in the evolution of both software development and the internet.

In essence, the Model-View-Controller pattern allows for the following: a user performs an action on the View. The View triggers a request to a Controller which can potentially create/read/update or delete a Model. The Model transaction responds back to the Controller, which in turn renders some change that the user will see reflected in the View.

There are plenty of pros to this programming pattern. To list some:

A phenomenal achievement for its time, developers soon realized that the MVC pattern was also somewhat limiting. Variants started to emerge, such as HMVC (hierarchical model–view–controller), MVA (model–view–adapter), MVP (model–view–presenter), MVVM (model–view–viewmodel) and others, which all sought to address the limitations of the MVC pattern.

One of the problems that the MVC pattern introduces, and the topic of today’s article, is the following: who is responsible for handling complex view logic? The view should simply be concerned with presenting the data, the controller is just relaying the message it received from the model, and the model should not be concerned with any view logic.

To help with this common conundrum, all Rails applications get initialized with a helpers directory. The helper directory can contain modules with methods that assist in complex View logic.

Here is an example of a helper within a Rails application:

This example is simple but demonstrates the fact that you would want to extract this kind of decision making from the template itself in order to reduce its complexity.

Helpers are nice, but there is yet another pattern for handling complicated View logic that has become accepted through the years, and that is the Facade pattern.

Introduction to the Facade Pattern

In a Ruby on Rails application, facades are usually placed within the app/facades directory.

While similar to helpers, facades are not a group of methods within a module. A Facade is a PORO (Plain Old Ruby Object) that is instantiated within the controller, but one that handles elaborate View business logic. As such, it allows the following benefits:

Here is a contrived example:

When Not to Use the Facade Pattern

Let’s take a moment to also reflect on what facades are not.

One of the main, obvious benefits of Facades is that they will allow you to dramatically reduce the controller logic.

Your controller code will be reduced from something like this:

For the Views, there are two main benefits when using Facades:

As you will be testing single POROs, this will help maintain a fast test suite.

Here is a simple example of a test written in Minitest for demonstration purposes:

Unit testing facades considerably improves test suite performance, and every large company will eventually encounter slow test suites unless problems like these aren’t addressed with some level of seriousness.

You might encounter a scenario where a View renders a partial that outputs some data. In that case, you have the option of either using the parent facade or using a nested facade. That largely depends on how much logic is involved, whether you want to test it separately and whether it makes sense to extract the functionality.

Here are some general questions you can ask yourself during development:

When in doubt, always strive to make your code as easy to follow as possible.

In conclusion, facades are a fantastic pattern to keep your controllers and views lean, while improving code maintainability, performance and testability.

However, like any programming paradigm, there is no silver bullet. Even the multitude of patterns that have emerged in more recent years (HMVC, MVVM, etc.) are not be-all-end-all solutions to the complications of software development.

Similar to the second law of thermodynamics, which states that the state of entropy in a closed system will always increase, so too in any software project does the complexity increase and evolve over time. In the long run, the goal is to write code that is as easy to read, test, maintain and follow as possible; facades offer exactly this.

Guest author Daniele is a full-stack developer from Italy with an eye for clean, elegant code. He has lived and worked on three continents, and as of late, splits his time working as a digital nomad between Italy and East Asia. Besides coding, Daniele enjoys reading, drawing and playing guitar.