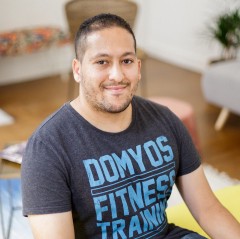 In this article, we’re going to dive into object marshalling. We’ll explain what it is, look at the Marshall module, and then go through an example. We’ll then go a step deeper and compare the _dump and self._load methods. Let’s go!

When you are writing code, you might want to save an object and transmit it to another program or reuse it in your next program execution. Object marshalling is used in Sidekiq, for example; when a Sidekiq job is enqueued in a Ruby on Rails application, then a serialization of this job — which is nothing more than an object — is inserted in Redis. The Sidekiq process is then able to deserialize this JSON and reconstitute the original job from the JSON.

In computer programming, this process of serialization and deserialization of an object is what we commonly call object marshalling. Now, let’s look at what Ruby natively provides to handle Object Marshalling.

As Ruby is a fully object oriented programming language, it provides a way to serialize and store objects using the Marshall module in its standard library. It allows you to serialize an object to a byte stream that can be stored and deserialized in another Ruby process.

So, let’s serialize a string and take a closer look at the serialized object.

We then call the Marshal.dump module method to serialize our string. We store the return value—which contains our serialized string—in the serialized_string variable. This string can be stored in a file and the file can be reused to reconstitute the original object in another process. We then call the Marshal.load method to reconstitute the original object from the byte stream.

Pretty cool! But how is the Marshal module able to reconstruct the string? And, what if I want to have control over which attributes to serialize and deserialize?

A Concrete Example of Object Marshalling

To answer these questions, let’s implement a marshalling strategy on a custom struct named User.

The User struct defines 3 attributes: fullname, age, and roles. For this example we have a business rule where we only serialize when it matches the following criteria:

To do so, we can define a User#marshal_dump method to implement our custom serialization strategy. This method will be called when we invoke the Marshal.dump method with an instance of User struct as parameter. Let’s define this method:

In the above example, we can see that our User#marshal_dump method is called when we invoke Marshal.dump(user). The user_dump variable contains the string which is the serialization of our User instance.

Now that we have our dump, let’s deserialize it to reconstitute our user. To do so, we define a User#marshal_load method which is in charge of implementing the deserialization strategy of a User dump.

So let’s define this method.

In the above example, we can see that our User#marshal_load method is called when we invoke Marshal.load(user_dump). The original_user variable contains a struct which is a reconstitution of our user instance.

The _dump and self._load Methods

But, what if I tell you that the Marshal.dump and the Marshal.load methods try to call two other methods named _dump and self._load on the object passed as parameter?

The differences between the marshal_dump and the _dump methods are:

Let’s have a look to the following example:

In the User#_dump method, we have to instantiate and return the serialization object — the string that represents your serialization.

In the following example, we define User#marshal_dump and User#_dump methods and return a string to see which method is called

We can see that only the User#marshal_dump is called even though they’re both defined.

Now, let’s look at the marshal_load and _load methods.

The differences between the marshal_load and the _load methods are:

Let’s take a look at the following example:

We can see that we are in charge of allocating and instantiating the object used to reconstitute our original user.

So the Marshal.load coupled to marshal_load takes care of instantiating the reconstituted original object. Then it calls the marshal_load method with the serialized object passed as argument on the freshly instantiated object.

On the contrary, a call to Marshal.load coupled to _load lets the self._load class method be in charge of:

Depending on your needs, you can decide to implement a higher or lower serialization/deserialization strategy. To do so, you can use the Marshal module coupled to the appropriate Marshal hook methods.