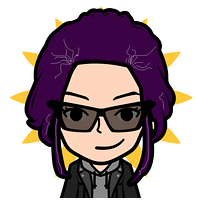 AppSignal has many great people monitoring really fascinating things and we sometimes see companies that do oh-so-very distracting stuff. As everyone needs a break and we like to share good things (like stroopwafels), here is an opportunity to daydream:

When this trial came in there was a particularly large smile on my face. Images of stylish 1930’s dining rooms, aluminum-piano lounges, promenades and writing rooms looking out to the passing landscapes through angled windows came to mind (and it kept wandering). The days when a trip with an ocean liner took five days and the fastest way to travel between the US and Europe was flying in a Zeppelin for 43 hours, a blazing speed at the time. It was not cheap of course with carrying only 72 passengers, so a ticket would have set you back about €10,000 in today’s purchasing power.

The cabins were very tiny with thin walls made of foam, but there was a pressurized and air-locked smoking room on board. In the 1930’s most adults smoked, still, what a crazy luxury to have on an hydrogen-filled airship. It also came with a stern steward that made sure no one walked out of that room with a potential igniter. One thing that made crossing the Atlantic in an airship preferable to an ocean vessel (again, for the wealthy) was that no one got seasick floating above the waves. Imagine the long days of that gut-wrenching misery on a stomping ship… Oh and for size, the Hindenburg was the length of three modern Boeing 747 Airplanes, a floating Titanic really. The era ended tragically in 1937 with one of the early news films showing the world the burning giant crashing down in New Jersey. “Oh, the Humanity!”

60 years later and just about the size of one Boeing now, a new generation of airships uses modern technologies to safely transport passengers for scenic enjoyment, nuptials, aerial advertising or science. Vows, environmental research, atmospheric studies, microgravimetry and magnetic field measurements are done in the quiet, vibration-free cabin with indoor plumbing. The unique flight characteristics offer capabilities unmatched by drones, planes, helicopters or any other type of aircraft. Nowadays, they use the non-flammable noble gas helium and can carry up to 14 passengers with two crew members aboard. Now that’s a small company’s fun day right there…

Being ever curious, we got to speak to Julian, the developer of the Zeppelin NT booking system where one can order, say a lovely 90-minute flight over Lake Constance for €640. We wanted to know:

Did you get to go up already? What does it sound like up there?
I already got up and it is very quiet. The only thing you hear is a low engine noise.

How on earth did you find this job?
Before working at Zeppelin NT, I worked for a small software company. There, I was already working on the Zeppelin NT project. Unfortunately the company had to shutdown their business. I was asked by the CEO of Zeppelin NT if I would like to continue working on the project for them. I just couldn’t say no to such a unique offer.

How big is your team?
I am the one-man team behind the booking system at the moment. (We did not dare to ask for the pager duty schedule.)

If things go bad, what is the worst-case scenario you think of if called in the middle of the night?
It has not happened yet, but data loss with servers down would be my worry. That’s why getting alerts for performance issues is so important and AppSignal helps there.

What is your stack?
The API & backend are in Rails, front-end is Angular 1 and soon to be React.js. I use Node.js, AWS hosting & their ODS, Docker in multiple containers, AWS RDS and Postgres.

Anything AppSignal helped with?
At one time I had very long load times. AppSignal detected a 27 sec endless loop JSON renderer with a permission problem where it was 17MB, that is now fixed to 250 KB. The direct response for this performance time and the limit I set allowed me to speed up the load time.

What features have you set up yet?
Anomaly detection? - No, I might do it later
Custom dashboard? - Not yet

Would you like to have a developer help you with the custom setup?
Well, not really as the self-learning process is important to be able to do it again for another project. A pre-drafted dashboard that then can be self-configured might be good to see what can be done and how much time to spend on it.

(good one, to be kept in mind)

Thanks to Julian for the fun interview, oh and he got to go into the hangar and the Zeppelin is indeed huuuuge when standing next to it :)