Most exceptions are caused by unexpected data being passed to methods that work fine otherwise, so it’s often useful to trace a piece of data through your application to find the cause of an error. In this article, we’ll go over inspecting data in Ruby and Rails applications.

Ruby’s puts method is used to print a message to the console.

When running the script above, the value is printed out to allow you to see what’s inside.

Luckily, there’s an instance method named inspect, which is implemented on every object you’ll encounter. It will return a string representation of the object.

Since the combination of puts and inspect are used so often, there’s a shortcut that does both in one go, called p. It does the exact same thing, but it’s quicker to type.

Although there’s the p shortcut, it’s still useful to know about the inspect method when you need a string representation of an object without printing it to the console.

In a Rails view, for example, it’s sometimes more useful to print the value to the resulting HTML page instead of having to find it in the log.

When inspecting more complex data structures, it’s sometimes difficult to find the data you’re looking for, because the inspected value is printed on a single line. 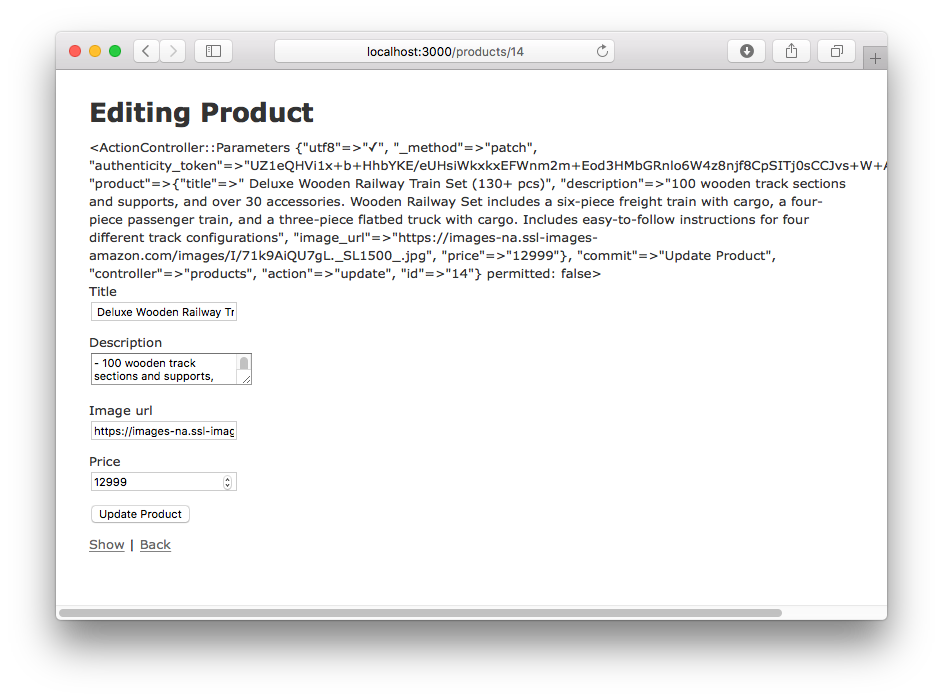 Rails provides the debug helper to get around this. Instead of just inspecting the value, it will convert the object to a human readable YAML representation and put it in <pre> tags to preserve formatting. 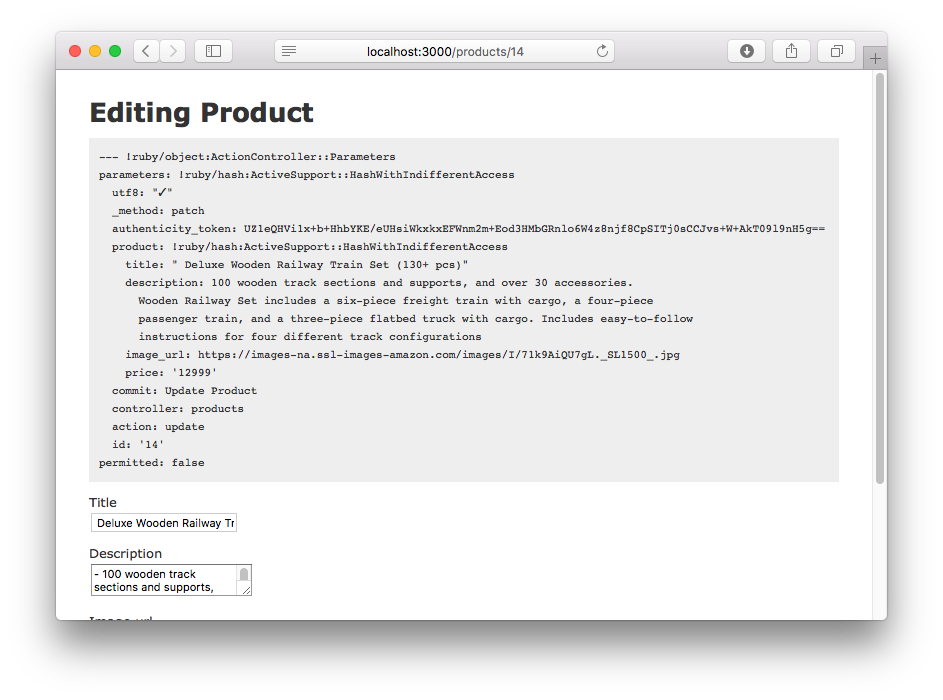 As you’ve come to expect, there’s a shortcut for printing a YAML representation of an object too. The example above can be called in one go by using y Product.first.

There are more ways to inspect data in your applications, like the Pry library and Ruby’s own debugger. While it’s certainly a good idea to check out other methods of inspecting data, writing a log to the console or showing a piece of data in a view is often the quickest way to find out what’s happening.

We’d love to know how you liked this article, if you have any questions about it, and what you’d like to read about next, so be sure to let us know at @AppSignal.