How to tame your growing users table 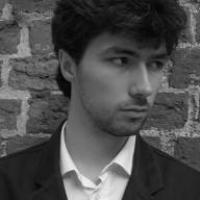 This is a guest article by Greg Navis. In his consulting work, Greg is exposed to different design decisions, trade-offs, problems, and bugs. One of his clients had an interesting problem with his users table. It had over 80 columns which is a sign of bad design and worsens performance. Extracting a table (or multiple tables) would be an obvious solution but because the code was large it would be tedious and error-prone. In this article, he’ll show you how he helped the client to find a manageable fix.

How did the client get there?

Before diving into the details, let’s try to understand how an app might end up in this state. We start with a simple users table. After a few weeks, we need to be able to determine the last sign in time so we add users.last_sign_in_at. Then we need to know the user’s name. We add first_name and last_name. Twitter handle? Another column. GitHub profile? Phone number? After a few months the table becomes mind-boggling.

What’s wrong with this?

The app fetched User on every request for authentication and authorisation purposes but usually used only a handful of columns. Fixing the problem would improve both the design and performance.

We can solve the problem by extracting seldom-used columns to a new table (or tables). For example, we can extract profile information (first_name, etc.) into profiles with the following steps:

We need to replace references to users.first_name with profiles.first_name and so on. If we’re extracting just a few columns with a handful of references then I recommend we do this manually. But as soon as we catch ourselves thinking “Oh, no. This is the worst job ever!” we should look for an alternative.

Don’t neglect the problem. A part of the code that everyone avoids will deteriorate further and suffer from even greater inattention. The easiest way to break the vicious circle is to start small.

Read on, if you’re curios how my client solved the problem.

Fixing the code one line at a time

The most incremental approach is fixing one reference to the old column at a time. Let’s focus on moving first_name from users to profiles.

Then add a reference from users to profiles and copy users.first_name to profiles:

Because it forces each user to have exactly one profile, a reference from users to profiles is preferable to the opposite reference.

With the database structure in place, we can delegate first_name from User to Profile. My client had several requirements:

After these changes, the app works the same but may be a bit slower because of the extra references to Profile (if performance becomes an issue just use a tool like AppSignal). The code logs all references to the legacy attributes, even ungreppable ones (e.g. user[attr] = ... or user.send("#{attr}=", ...)) so we’ll be able to locate all of them even when grep is unhelpful.

With this infrastructure in place, we can commit to fixing one reference to users.first_name on a regular schedule, e.g. every morning (to start the day with a quick win) or around noon (to work on something easier after a focused morning). This commitment is essential because our goal is to lessen mental barriers to fixing the issue. Leaving the code above in place without taking action will impoverish the app even further.

After removing all deprecated references (and confirming with grep and logs) we can finally drop users.first_name:

We should also get rid of the code added to User as it’s no longer necessary.

The method might apply to your case but keep in mind some of its limitations:

You might be able to overcome some of them. For example, you might keep the models in sync with a service object or a callback on Profile. Or if you use PostgreSQL you might consider using a materialized view in the interim.

The most important lesson of the article is do not avoid code that smells but tackle it head on instead. If the task is overwhelming then work iteratively on a regular schedule. The article presented a method to consider when extracting a table is difficult. If you can’t apply it then look for something else. If you have no idea how then just drop me a line. I’ll try to help. Don’t let your bits rot.