We’ve launched two awesome new features that will make your life a lot easier when you’re optimizing or debugging your app.

We’ve made major improvements to the graphs. We now show a separate line with the 90th percentile for your whole app, or a single action’s performance. Judging at mean only can be very misleading. The number could be skewed down by bots or very fast responses to API calls, while your real users get a much worse experience. This is overlooked when only considering mean response times.

The 90th percentile line is highly usefull in detecting these anomalies. It shows you the response time for the request that’s slower than 90% of all requests in a given timeframe. This enables you to get a sense of whether your app’s performance is consistent, or varies greatly between different kinds of requests. Often a peak in the 90th percentile graph is the canary in the coalmine. 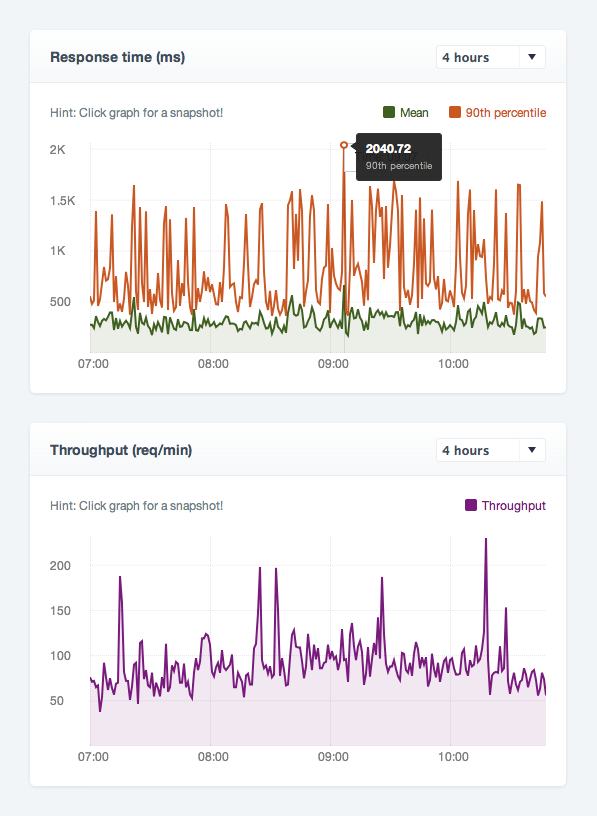 We think it’s great to be able to identify problematic highs and lows in your graphs, but how can you actually find out what caused them? That’s where the second feature we’re launching comes in. When you click on a graph you’ll navigate to the snapshot page for that period of time. 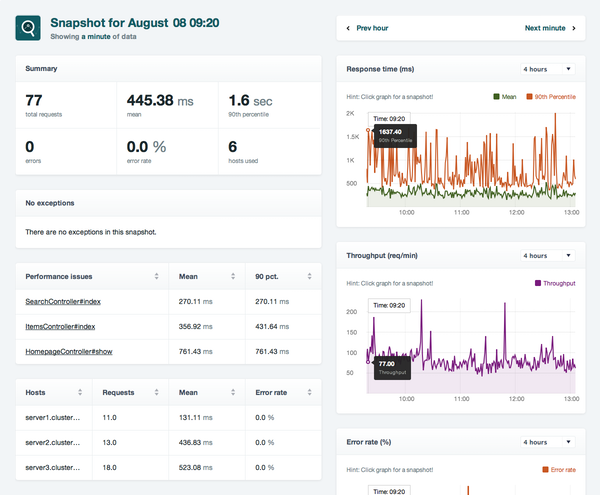 On the snapshot page you’ll get an aggregate of everything that happened in the selected minute, hour or day. You can see the average and 90th percentile response times, which errors occurred, which actions performed badly and if there were variations in error rates and performance on different hosts. It’s easy to see the differences between a timeframe in which everything went well and one in which issues occurred.

Today we have enabled this feature for all accounts. If you also need real insight into your app’s performance and reliability, sign up and join the many developers who decided to build better apps.