jQuery toggle() is slow, JavaScript to the rescue 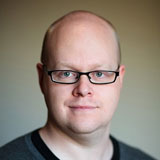 jQuery is a great library to get things done fast, reliable and cross browser. Sometimes however it’s too slow and you’re better off using plain ol’ JavaScript, like when trying to toggle visibility on 500 elements in the DOM.

In AppSignal we have the “event tree”: a list of actions associated with a request and their performance, broken down into sub actions. It looks like this:

Pure JavaScript instead of jQuery

After fiddling around for a bit we tried a really simple JavaScript approach that still checks the current state and shows/hides an element accordingly. We switched to finding the elements we want to toggle with querySelectorAll('.foo') for better performance. It’s supported by all modern browsers and IE8+, which is fine for our app, bypassing jQuery’s cross browser compatibility code. We could have used getElementsByClassName('foo') instead, which has about the same performance but limits browser support to IE9.

While we noticed performance improved significantly by simply using this feature, nothing beats a jsPerf test. This one was created to test the performance of toggling the visibility of 500 list items using jQuery’s toggle() versus querySelectorAll() and getElementsByClassName(). Please note that the pure JavaScript implementations are based on CoffeeScript output. We ran the test twice on multiple devices and the outcome is pretty clear (operations per second, higher is better): 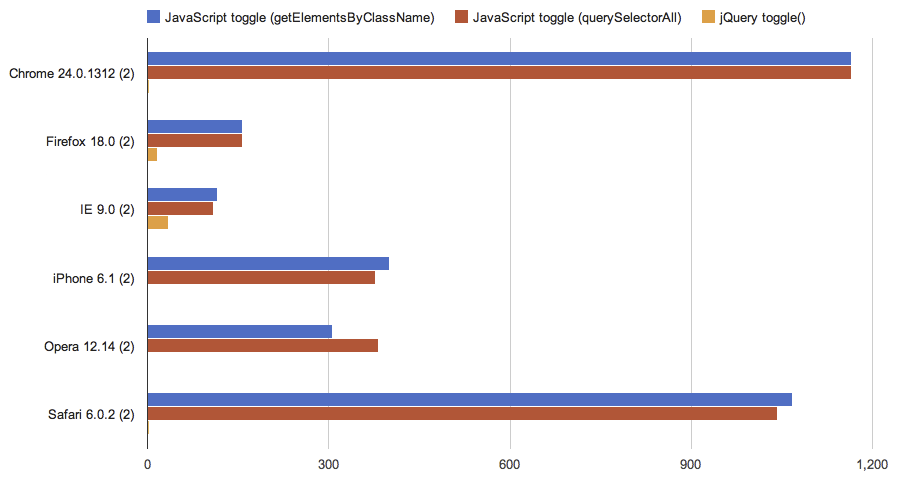 Don’t try doing this with jQuery. It’s a great library, but there’s a price to pay for the overhead. Consider not using it if you don’t have to.